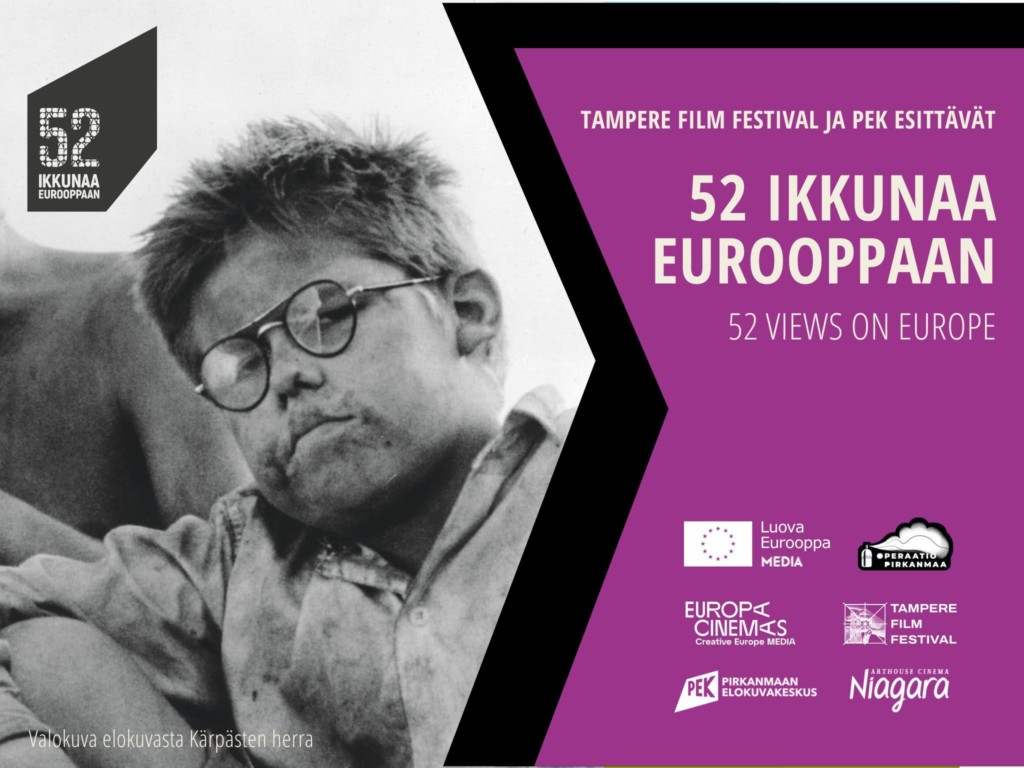 Pirkanmaa Film Centre and Tampere Film Festival will organise a weekly film series 52 Views on Europe during 2023. The year will feature European cinema from classics to contemporary gems, fiction, documentaries, animation, silent film concerts – films for children, young people, adults, everyone. The films are usually screened at the Arthouse Cinema Niagara in Tampere, but screenings are also held in other cinemas in Pirkanmaa.

52 Views on Europe is part of the Operation Pirkanmaa, which is a continuation of the European Capital of Culture (ECoC) project. The first two months of the series will focus on film classics but also documentaries and short films will be screened.

Films at the Arthouse Cinema Niagara in January:

Tickets 6€ if not mentioned otherwise. The programme will be completed during the year.

Accreditation to Tampere Film Festival 2023 is open until Tuesday 7 March. The early bird fees for