Finnish director Rauni Mollberg’s best-known films could not be made in this day and age. In the new documentary actors, co-workers and family members talk openly about handing over control to the controversial director.
The Dinosaur is no longer available at our programme.

The Dinosaur is no longer available at our programme. 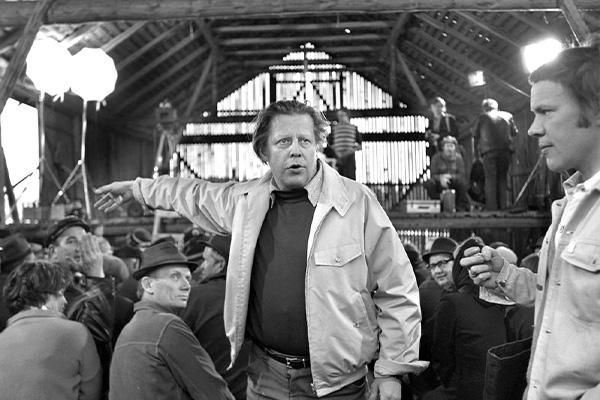 Rauni Mollberg’s best-known films could not be made in this day and age.

While the worldviews of his visionary films are humane and often empathetic, his directing methods have been described as hypnotizing, even demonic. In the new documentary by Mollber’g former crew member and collaborator Veikko Aaltonen, actors, co-workers and family members talk openly about handing over control to the controversial director who succeeded in gaining widespread international fame and lured domestic audiences to theatres at a time when Finnish cinema was not doing well.

For “Molle”, the price of producing poignant art was high. The behind-the-scenes footage of his scandalous debut film The Earth is a Sinful Song (1973) and Milka (1980), both set in Lapland and based on the novels by the Finnish author Timo K. Mukka, is eye-opening. The director’s demanding presence on set is palpable; Mollberg’s ethos included creating by first breaking everything into pieces and taking advantage of the actors’ past experiences, no matter how painful, in order to capture his unique vision. For the actors of The Unknown Soldier (1985), working meant significant sacrifices outside an actor’s customary routines.

The Dinosaur contains rare interviews with leading edge filmmakers, such as Pirjo Honkasalo (who also worked as Mollberg’s assistant director), Aki Kaurismäki, Jörn Donner, Aku Louhimies, Selma Vilhunen and Juho Kuosmanen. It honours the breath-taking beauty of Mollberg’s best films and looks at them in a completely different time, one that no longer exists. It is about filmmaking and authority, but also of the fears and the personal loss of a relentless artist; a man who could not, and would not, move with the times. The world changed, and Mollberg could not keep up.

Rauni Mollberg is one of the most prominent Finnish film directors. Mollberg’s works include The Earth is a Sinful Song (1973), his naturalistic debut feature film which quickly brought him both domestic and international attention. The drama set in Lapland is based on the controversial novel of the same name by Timo K. Mukka. Mollberg’s version of The Unknown Soldier (1985), based on Väinö Linna’s classic novel initially directed for the screen by Edvin Laine in 1955, also received critical and popular acclaim. During his long career Mollberg directed several TV films and theatre plays. As an artist, he is known for his ambitious and precise vision and his unrelenting love for the craft of filmmaking.