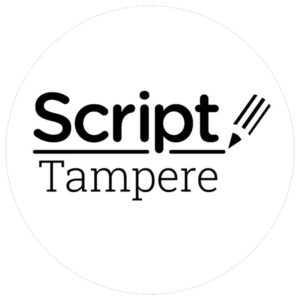 The traditional screenwriting event Script Tampere is held for the 9th time at the Tampere Film Festival. The sessions are organised in cooperation with APFI, WIFT and the Finnish Screenwriters’ Guild. The two-day programme that includes masterclasses and panel discussions is aimed at everyone interested in film and television screenwriting, professionals in the field, and students.

Enrolment in advance. You can participate in the sessions at the Festival Centre or via live stream. The recordings will be available on YouTube until March 20th 2022 for accredited festival guests and event participants.

Note! Registrations will not be accepted on site.
After pre-registration, inquiries can be addressed to event producer Kati-Anne Leino: kati-anne.leino@tff.fi

Thursday’s Script programme is organised by APFI and WIFT in cooperation with the Tampere Film Festival.

PART 1: SUSTAINABILITY & STORYTELLING – HOW DO THEY MIX?

Can we write for change or change how we write while keeping our artistic freedom? An hour to explore how writers and creators can empower their role in the film- & TV industry’s urgent move to be more sustainable and diverse, as a workplace and as a story generating force. Hosted by Danish scriptwriter Valeria Richter with guests producer Helene Granqvist & scriptwriter Anna Ruohonen. Discussion will be moderated live by Katri Myllyniemi. Valeria Richter and guests will participate online.

The alumnae of DOC Tampere Development Clinic (2020–2021) will present their current projects and consider the following questions, among others: What are the most important stages of progress? At what point is a documentary most in need of outside sparring? What kind of support do aspiring documentarists need most?

As a case study will be Milja-Liina Moilanen‘s and Eveliina Pasanen‘s documentary Respect.

PART 3: DOES A TREE FALL IF NO ONE IS THERE TO SEE IT?

A panel discussion on alternative forms of distribution for documentary films.

Part 3 is organised by WIFT in cooperation with the Tampere Film Festival.

“How can Finnish documentary film find its audience? If and when cinema is still the most valued place for a film – does this also  apply to documentaries? What kind of documentaries does the Finnish audience prefer? How to find and engage  your documentary’s target audience? Is every documentary its own individual case in terms of distribution or are there general do’s and dont’s? And then there is the topic of the Jussi Award.”

Professionals discuss documentary distribution from different perspectives – let’s find out “Does the tree fall, if no one is watching” 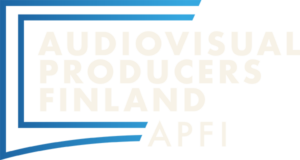 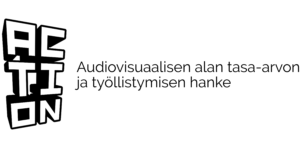 The Friday programme of Script Tampere is organised by the screenwriters’ guild in cooperation with the Action! project by Aalto University Department of Film, Television and Scenography. The panels delve deep into screenwriters’ varying job descriptions, ways of working, and the essence of the text.

Friday’s on-site -event is already sold-out but you can still registrate to online-event.

PART 4: FROM CONCEPT TO SCRIPT

The panel discusses working in a writers’ room through concrete examples, in addition to leadership, giving feedback, and the head writer’s work process. In what kind of ways have Finnish head writers and showrunners held writers’ rooms from concept to a finished screenplay? What has been efficient in these methods, and what has not? Finnish professionals in the field will participate in the discussion. Moderated by Katri Manninen. Panelists:

PART 5: GUNS FOR HIRE: EPISODE WRITERS IN A TV SERIES


The panel discusses the job description of an episode writer in a television series. How do episode writers see themselves as part of the team, and how do they perceive the series as a whole as well as their own assignments? The discussion covers the screenwriting process, writers’ rooms, and cooperation with other writers. Professional episode writers will participate in the discussion. Moderated by Jari Olavi Rantala. Panelists:

PART 6: THE NATURE OF THE SCRIPT AS AN INDEPENDENT WORK

What kind of a work is a screenplay? Can a finished screenplay be altered? Does it always need to be open to interpretation, deconstructed by the team only to be put back together again? Experts and professionals in the field will participate in the discussion. Moderated by Sami Keski-Vähälä. Panelists: